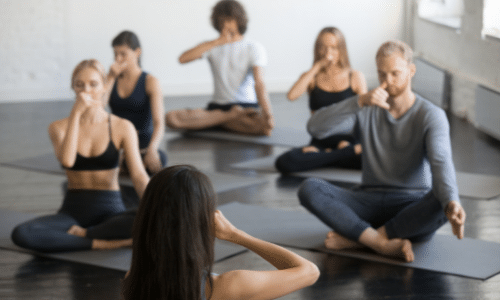 When someone begins talking about energy, most people think of typical forms of energy that are commonly used in the modern day. The modern world uses energy in so many innovative ways, we’ve got used to viewing energy this way. There are other forms of energy though, and ones that are just as powerful if not more.

One conversation about energy that isn’t being had as much is the energy within people. This energy isn’t only in people, it’s in all beings and all living things. This is the energy that runs through the body and flows through various channels. In terms of yoga analogy, many think that the energy channels are simply chakras, but it’s a lot more complicated than that.

Nadis are very similar to chakras except they are not where the actual energy comes from. It can get difficult to understand the energy channels because they cannot actually be seen or studied physically but it’s all felt. Chakras create the energy that flows through the body, which is why when they’re blocked, the energy isn’t there.

On the other hand, Nadis are the energy pathways, or channels, that the energy gets carried through. It’s quite similar to how the heart pumps blood but the vessels carry the blood around the body to help people survive. The Nadis ensure that the energy from each chakra (energy centre) is moved throughout the body. They run side-by-side with the nervous system.

The Nadis are a form of prana, which is the vital energy force, or life-giving force. There are numerous amounts of Nadis, all of which have the job of circulating energy. There are so many Nadis, that not all have even been discovered or revealed yet to the human senses.

What the Nadis Do

It’s clear that the Nadis facilitate the circulation of energy, which is created within the chakras. What it actually does when it circulates the energy in a person is help that person achieve awareness. The more the energy circulates, the more likely and the closer the person is to enlightenment. Its duty is to bring that prana into and all around the body. The prana is the most important energy in the body, which brings a person to find the true reason for life.

How to Activate the Nadis

There are numerous ways that the Nadis can be activated but there’s no need to change anything drastically. Yoga and specifically Hatha yoga is a beautifully simple way to help move energy around the body. It has for years been known to open the chakras and allow energy to move freely. Any activity that brings enlightenment, like yoga and meditation, is a practice that would help energy flow in the body.

The Conclusion of These Powerful Energy Channels

The energy that runs throughout the body is extremely powerful, it is the prana (the life force energy). When activated and flowing freely throughout the body it has the ability to balance a person’s soul eternally. It can be very difficult to activate the Nadis but through consistent practice of yoga and meditation, a real difference will be noted.

Activating these powerful energy channels will calm, empower, enlighten and balance someone all at once. They control all the energy moving throughout the body so to ensure energy doesn’t get stuck, awareness of these channels is needed. Luckily for most, any meditation, breathwork, or yoga practice is catered towards activating the Nadis and letting the energy flow.