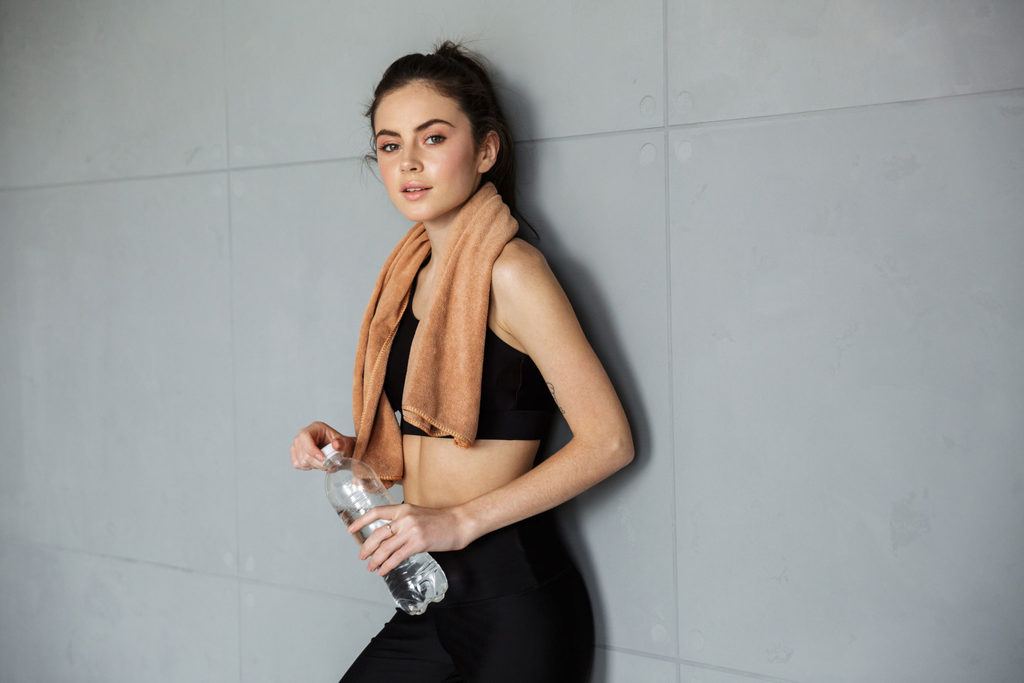 Picture it: you’ve just arrived at your first hot yoga class. You lay down your yoga mat in the back of the studio, already feeling the scorching heat and humidity in the 40-degree Celsius room. As your fellow yogis begin filling in, you notice something else they’re placing atop their yoga mat that looks like a towel. But it’s not just any towel, it’s a hot yoga towel designed specifically for maximizing the Bikram yoga practice.

Practiced around the world, hot yoga is meant to improve flexibility, burn major calories, and can even help remove toxins from the body. You may be wondering; how can yoga remove toxins from my body? Well, the answer is because you’ll sweat. A lot. That’s the main point of the practice. And when the waterworks start and you’re dripping all over your yoga mat, you may just wish you had your hot yoga towel, a.k.a. your new best friend. 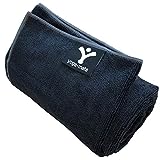 What’s the point of a hot yoga towel?

The palms of your hands and bottoms of your feet are some of the sweatiest places on your body, and can slip around on your yoga mat during a regular yoga session. Now imagine it’s 40-degrees and you’re face down in downward dog, and you’re constantly re-adjusting your feet and hands because they won’t stay put. That is the point of a hot yoga towel. Placing the towel on top of your mat can help absorb the extra sweat to keep you steady and strong during practice. It can also prevent the sweat from seeping through your mat onto the floor where it may lose its grip.

What’s the difference between a yoga towel and a regular towel?

I know what you’re thinking now; Why can’t I just bring a regular bath towel from home? Well, you can, but be prepared to end up flat on your face after you’ve slipped off your towel during a particularly difficult asana sequence with the whole class staring at you. That’s exactly what happened to me during my first hot yoga class. A friend had suggested I take a towel because I would get pretty sweaty. Being new to the practice I had no idea there was such a thing as a hot yoga towel. So, I showed up with my cotton beach towel in hand, prepared for my first hot yoga class.

I immediately got a hot yoga towel.

The biggest difference between a regular towel you have at home and a hot yoga towel is the material. Regular towels are made of cotton whereas hot yoga towels are made of microfiber. Microfiber absorbs moisture much better than cotton, allowing your towel to last throughout an entire hot yoga class without becoming soaked through with sweat. Microfiber dries a lot faster too, so you can keep up your practice on back-to-back days without having to wait for your towel to dry. Just give it a quick rinse and off you go!

Most hot yoga towels have additional features to prevent them from slipping off your mat. Features can include silicone pieces on the bottom or even little corner pockets. If I had these features during my first hot yoga session, I could have saved myself some embarrassment.

There are so many out there, how do I choose?

The biggest variance between hot yoga towels on the market right now are size, thickness, and special features. It’s important to identify your top priorities when choosing a hot yoga towel.

The most important feature for me is thickness because this determines how much moisture the towel can absorb. A good hot yoga towel will be able to handle a lot of sweat and endure a long session, so the thicker the better.

While a thicker towel can absorb more moisture, that also means it will take longer to dry. If you plan on practicing frequently or even multiple times per day, you may want to go for something lighter.

A good hot yoga towel will have a non-slip surface so your feet and hands can maintain good grip during your practice. The good news is the sweatier you get – the higher the traction on the towel!

As important as grip is on the top of the towel, it’s also important for the towel to stay attached securely to your yoga mat. Some towels have rubber or silicone pieces on the bottom to keep them in place, while some feature corner flaps so you can tuck your yoga mat directly into the towel.

Finally, yoga towels come in all colors, designs, and karmas. Okay, I made that last one up. But it is important to get a towel that expresses your personality and makes you excited to use it! Just be sure to check what the manufacturer uses for dye to ensure it isn’t toxic or won’t bleed onto your skin or clothes.

How do I care for my hot yoga towel?

Most hot yoga towels can be washed just like regular towels. Pop it in the washing machine and wash it on a gentle setting with cold water, then hang to dry. If your towel is as vibrant and colourful as your personality, wash it on its own to prevent it from dying your other laundry. Some towels can be put in the drier but be sure to read the instructions to make sure your towel maintains its integrity.

It’s recommended to wash your towel after each practice to prevent it developing bacteria and smelling foul, but if you don’t have time at least hang it to dry.

Made from super soft, ultra-absorbent microfiber, the Yoga Mate towel features an extra-large yet lightweight design. Weighing in at less than 1 pound this towel may be suited for the busy go-getter trying to sneak in a quick session on their lunch break. While lightweight, the Perfect Yoga Towel boasts dimensions of 26 inches wide and 72 inches long to fit any regular or extra-large mat. It is also machine washable and can go in the dryer.

This mat comes in seven different styles including fun tie-dye patterns, and plain black with colourful stitching around the edges. It features a non-slip design, however there are no extra features to keep the towel in place. This affordable towel would make a great choice for a beginner Yogi.

Made from tacky microber, this towel is free of latex and silicone to be environmentally friendly while still preventing slips on your yoga mat. The latex-free technology may make this a good choice for those with sensitive skin or latex-allergies. The Youphoria towel is super-absorbent and can hold 7 times its weight in liquid – so feel free to sweat!

This towel is lightweight yet big enough to fit a standard yoga mat at 24 inches wide and 72 inches long. While not featuring any funky patterns or colors this towel may be perfect for someone with subtle taste looking for function over flash. The towel comes only in grey, but there are 8 different color options for the stitching along the outer edge.

For those looking to make a statement with a towel, you may have found the one. The Heathyoga towel comes in 9 different hand-crafted and vibrant designs to keep you inspired during practice. Made from 100% microfiber this towel is made to cover the entire mat and then some, at 26 inches wide and 72 inches long.

Weighing in at 1 pound, this thick towel is ultra-absorbent to ensure there’s no slipping during practice. This towel also features corner pockets that hook onto the corners of your yoga mat to further prevent slipping and eliminate the need to reposition the towel. This towel is a little higher in price than some other towels, but the premium features and beautiful design might be worth it for the serious yogi.

Eco-friendly, funky, and functional, the Manduka towel comes in a whopping 21 different colors and patterns depending on your taste. Made from Yogitoes’ patented woven texture, this towel is environmentally friendly and each one is made from over 4 recycled plastic water bottles.

Suitable for the washing machine but not the dryer, this towel features patented Skidless Technology using silicone nubs on the bottom which will help you to focus on your practice without worrying about your towel slipping. While not made from the usual microfiber material, this towel might be the perfect choice for the eco-warrior.

From the towels we’ve covered, the winner seems to be the Perfect Yoga Towel by Yoga Mate. It’s affordable, lightweight, and comes in fun designs. Without the extra features this towel still gets the job done and doesn’t slip around on the yoga mat and would be a good choice for a beginner trying out hot yoga for the first time. It’s also machine washable and can be put in the drier which will help maintain its integrity and prevent bacteria and bad odor.

This towel will absorb your sweat, keep you in place and help to ensure you can focus on your practice (and not falling flat on the floor). Take it from someone who knows what it’s like to go without the towel.