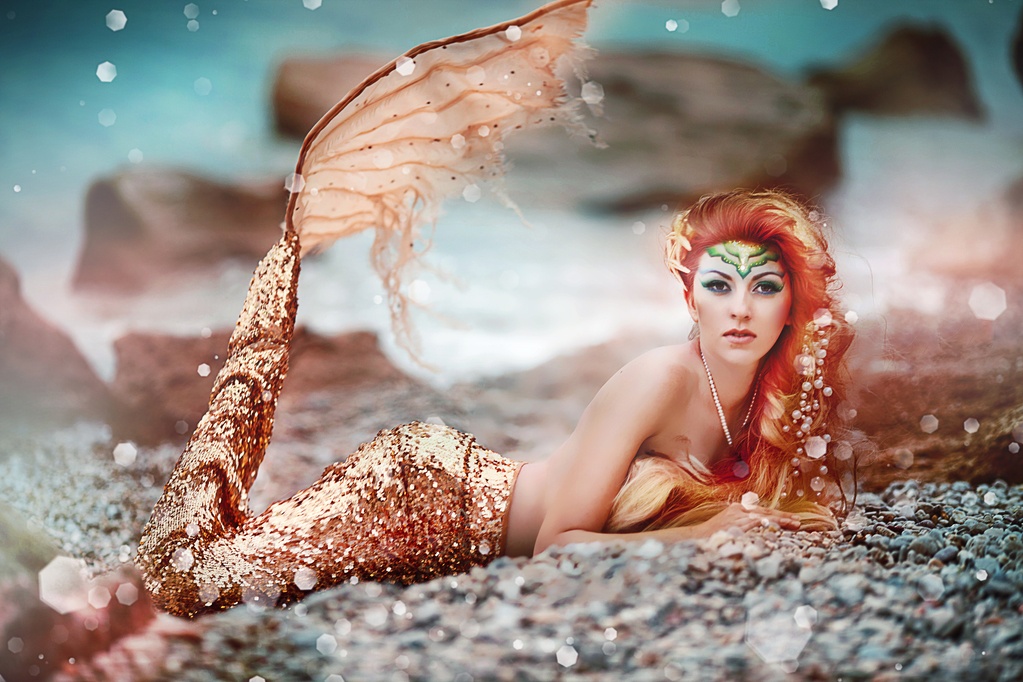 If you’re an 80s baby like me, then you grew up watching “The Little Mermaid”. If so, then the concept of mermaids has long taken residence in your psyche. In the off chance you haven’t, chances are that you would have heard of them in several other mythological stories and children’s fairy tales. This post hopes to enlighten young and adult minds on the spiritual implications of the existence of mermaids, which continue to hold relevance even today. In the latter half of the article, we talk about dreams related to mermaids and there spiritual meanings.

Where Did Mermaids Originate?

Mermaids are creatures that are party fish and partly woman. In other words, their upper body is that of a woman while the lower half looks like the bottom part of a fishtail. This unique and appealing character has been referenced in several historical stories, most of which were adapted into fairy tales and movies. Naturally, with so many interpretations in place, different people have perceived mermaids in differents way. Some thought of these sea creatures as a negative entity, a bad omen even, which was bound to bring bad luck to those at sea. In early forms, mermaids were often described as a seductive creature that found joy in enticing men and killing them. Therefore deemed responsible for most sea disasters like shipwrecks, storms, floods, or drownings. In some cultures, mermaids were associated with positive traits, often regarded as protectors. In fact, coming across one while at sea came to be considered as a positive omen.

The spiritual meaning of mermaids over the ages have included the following:A sign to let go and take the plunge

– Similar to the vast sea in which these unique beauties dwell, life can also be a massive, infinite sea ridden by the waves of emotion. They sometimes are turbulent and at other times remain calm. Mermaids are seen as a reminder that we sometimes need to “let go and jump in” to this sea of life. Similarly, the mermaid is believed to sing captivating songs hearing which should give us motivation to take the plunge. Yes, just like the sea itself, life is also a mysterious ocean, but the mermaid points out that it is OK. We must still let go and jump into this unknown world and sway with the flow, taking life as it comes. Although, the mermaid also let us know that it will be right there, serving as our guide through the journey of life.

– Just like the mermaid is a dual creature being half-woman and half-fish, it continually reminds us of the inevitable dual nature of man. Similar to mermaids, man can sometimes be a kind protector of good but at other times evil and destructive. Through its dual body form, the mermaid reminds us of the dual nature of everything in life just like the two sides of a coin.

Symbols of love and beauty

– This is self-explanatory. No matter where you look at them – in storybooks or movies, mermaids are always depicted as extremely beautiful creatures with long flowing hair and body curves. In Greece, mermaids were believed to be descendants of the ancient goddesses of love and beauty – Aphrodite and Venus.

– As stated earlier, mermaids came to be associated with anything dangerous or harmful over time. During the Victorian era, these forms of beauty were often depicted as evil creatures that people should be wary of. From being a positive omen, the mermaid transformed into a seductress who couldn’t be trusted, for she could lead men to their untimely end. According to mythical belief, this “evil” creature was responsible for tempting sailors with enchanting songs so that the latter could be drowned along with the ship and other passengers.

Mermaid Dream InterpretationMany people have see these amazing beauties in their dreams. Below are likely interpretation of what these dreams could mean; however, one’s individual experience for an accurate translation.- A warning sign for trickery and delusion against someone untrustworthy.- Indication of sexual attraction towards a woman with ill intent.- Woman dreaming of a mermaid could be a direct representation of her own ill motives of seducing a man into acting against his interests.- Suppressed emotions that could turn into an addiction towards someone who may not be good for you. 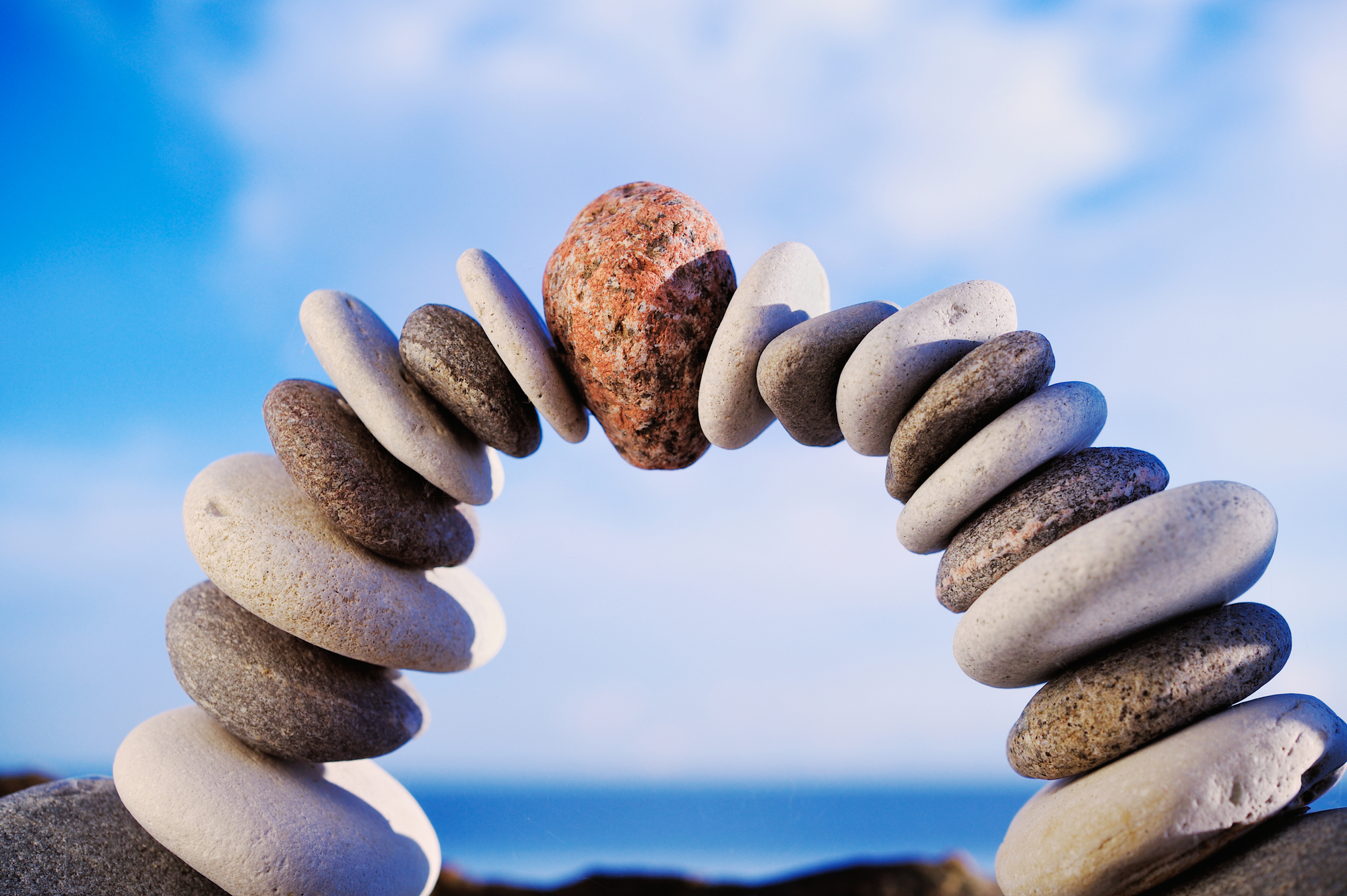 Arc crookedness of the pebbles on the background sky

Below are some common mermaid dreams based on people’s experiences and their spiritual meanings:- Seeing a mermaid in your dreams could mean that there’s a hidden secret in your heart that you’ve long been hiding within, but still need to come to terms with. It could also mean that you’re dealing with commitment or intimacy issues.- If you are a mermaid in your dream, take it as a potential warning sign of your own behaviour. Possibly one that’s manipulative or deceitful.- If you turn into a mermaid in your dream, it could be an indicator of your own desire to become more attractive.- If a mermaid tempts you into the water, it may be a representation of your sexual discovery. In some cases, it could also be interpreted as your struggle with feeling low or unattractive about yourself.If you too get such dreams, use the above mermaid dream interpretation guide to help you unravel the truth behind them.