When we talk about colors, white is seldom mentioned possibly because many people live under the misconception that white does not fit into the color category. They should not be entirely blamed as most people have grown up learning from kindergarten when the teacher hands over a blank white sheet of paper asking to fill out with “any color of choice”. Similarly, when using the box of crayons, white was the first color to be placed aside with other shades picked instead.

All these unintentionally embedded notions in young minds (which lingered as they grew mature) that white is deprived of any color, or that white can’t really be termed a color on its own. However, there are many people for whom white is they’re “favorite” color. They look at the shade as a symbol of peace and serenity, something that isn’t found in abundance. Adorning their bodies in white attire, they intend to pursue these virtues.

Below we aim to explore more on the varied spiritual meaning of color white.

What Does the Color White Represent Spiritually?

Ironically, white is the most colorful of all shades, considering that it, encompasses all the colors of the spectrum. Interestingly, it has several spiritual connotations. Some of these are discussed here.

The color white is believed to be a symbol, a representation of the following spiritual traits:

It may not be possible to explain all of these in a single post but we tried to elaborate on a few important features here.

How is White Related to Divinity?

While nobody has seen the divine, everyone likes to perceive in his or her own way. Generally, the divinity presents a mental image of light and invokes a sense of wholeness or completeness deep within (a feeling often experienced during meditation). Hence, why the color white is often taken to mean light in the spiritual sense.

Therefore, the color is believed to be the most spiritual among all other colors. Often spotted in images of the divine – God’s beard or robe, his attire, and even in angels’ wings. Besides, divine beings in movies or images are typically shown with a white light or aura around them, for the same reason. Moreover, according to Hindu beliefs, the dead body is wrapped in white as the soul merges into the light after death with light represented by the color white.

Light is the exact opposite of the color black – a shade that is more often than not picked to represent something bad, ugly, dark, ignorance, sorrow or depression, evil, dense, etc. Hence, if one were to portray illumination, spiritual awakening or enlightenment, knowledge, wisdom, or love through images, movies, or anything similar, white would be an obvious choice.

Do you know why a whitener is used to erase mistakes made with ink on a sheet of paper? Because it can rub out errors, making way for new and correct revisions. Until the old mistakes are removed, new beginnings cannot be made. Think of this and you’d know that the same way white represents a fresh start on a new path. Have you ever seen a clean slate or a blank sheet of paper? They are also white. Thus the expression “wiping the slate clean”.

It is only when you wipe off old and unpleasant memories from your mind, you can proceed to make new, fresh and happy beginnings. Hence, white is understood as having strong psychological connections with a new start. If you want to recreate a new you and let go of your older, ignorant self, time to pull out some white clothing from your closet.

Have you noticed we often paint the wall white to get rid of dirt, grim, or stains? The reason being the color white has the strength to clean off anything with the color giving off a clean, spick-and-span impression. Therefore, if you are in the habit of seeing things spotless around you, white is best choice. A perfect example of how we associate white with cleanliness in our day-to-day lives in the form of tissue, towels, or toilet paper. They are white meaning clean until they are used and become dirty.

One of the reasons brides in the West are dressed in white bridal gowns at the time of their marriage is because an orthodox, conventional school of thought believes that women should be pure and virgin at the time of marriage. Although, there is another way of thinking being marriage is believed to be the purest institution in the world. The couples who enter this institution of love must ideally possess virtues of purity, innocence, virginity, and fidelity towards each other. 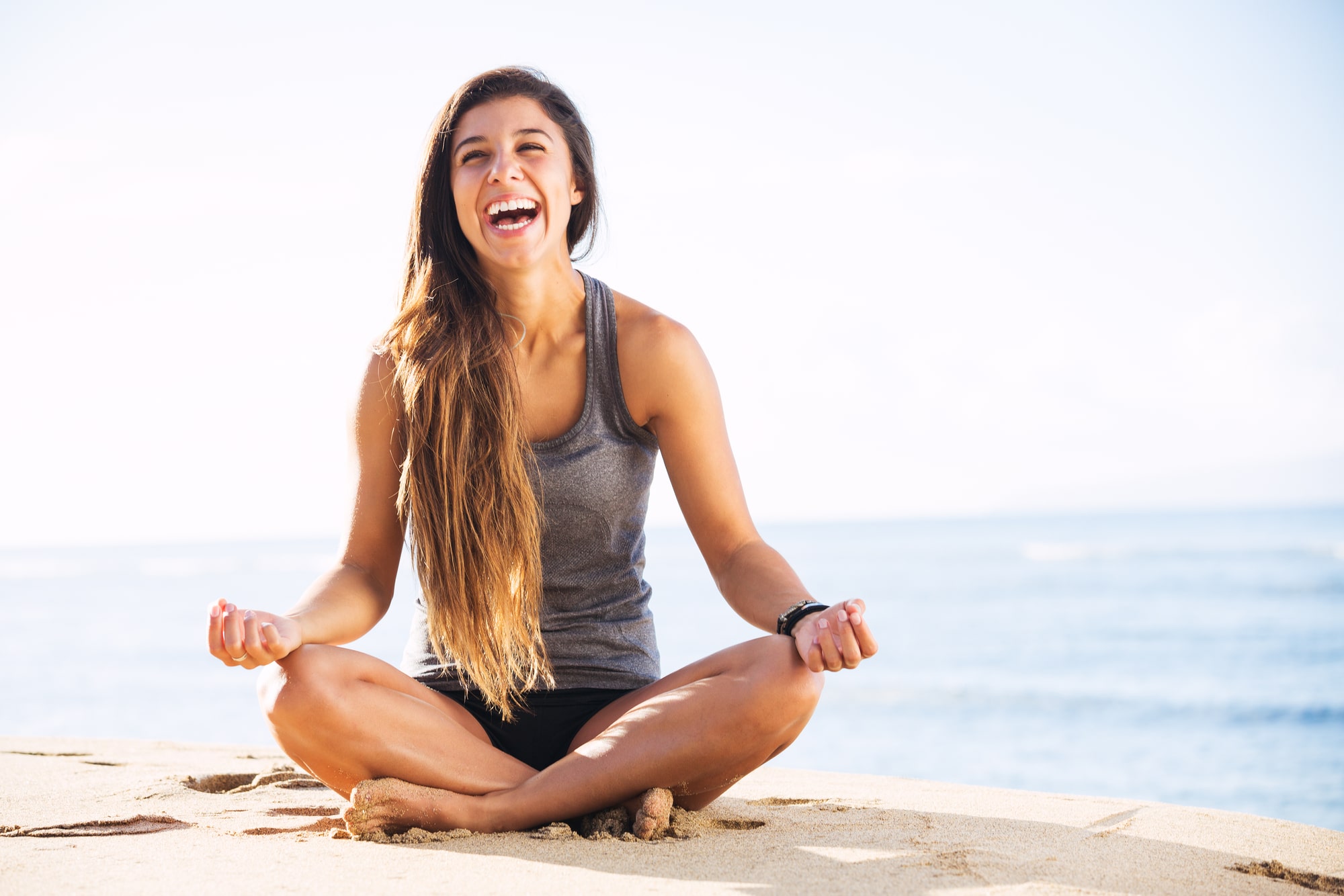 Morning Yoga Meditation by the Beach

Some Negative Connotations of the Color White

Although, while white has many positive spiritual connotations associated with it, there are some negative representations of this color too.

For instance, some people may associate white with something that is plain, bland, or boring such as, clothing (i.e. plain white shirts or sneakers). Likewise, there is a common (though misconceived) notion that white is colorless and so some people may look at the color white as representing emptiness.

Where white is used in paintings, for example, some people may think of it as being unimaginative piece of art, simply because white is used to showcase simplicity.

The positive or negative opinions associated with the color white are all subjective, with different meanings for depending on the person.