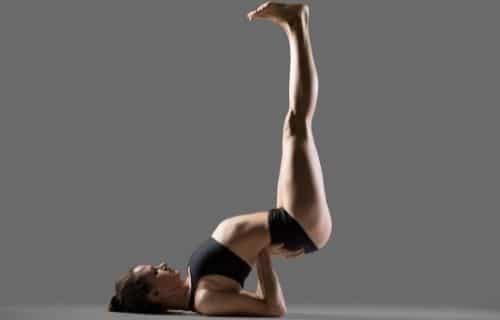 The name of the pose comes from the shape of it. It resembles a seal laying on their tummy upright and having their arms beside their body. Seal pose requires almost the exact shape of the upright seal, with the same curve in the spine.

The basics of seal pose

Seal pose is known as Salamba Bhujangasana in Sanskrit. This is the same Sanskrit name for sphinx pose because they are both almost the same pose and seal pose comes from sphinx pose. Seal is the harder variation but can still be done by most people. This makes it an intermediate yoga pose.

The pose requires a lot of flexibility from the spine, which is the target of seal pose. It stretches the spine and targets the glutes, shoulders, neck, and arms. The pose needs a fair amount of arm strength for a person to remain in it. In yoga flows, the pose isn’t held for long periods of time because it’s such a deep stretch.

The benefits of practicing seal pose

There are many benefits that come from practicing seal pose. This includes a deep stretch in the upper and lower back. The pose strengthens the arms and engages the glutes. It opens the chest area and shoulder. This can significantly improve the posture of a person. Seal pose has also been known to improve digestion, which can ease pains in that area.

Seal pose is a back bending pose with a focus on the spine and continuous practice of the pose strengthens the back muscles and increases spinal flexibility. It can be an intense pose to hold, which ensures that a person must focus on their breath when holding it. This calms a person and brings them to a point of stillness.

How to do seal pose

One of the biggest mistakes that people make when getting into seal pose is pushing themselves into the pose immediately without breaking it down step by step. When people do this, they forget to engage the glutes or keep the neck in line with the spine. This can be painful, and the person will not receive any of the benefits from the pose.

Another mistake that people make when trying to do seal pose is remaining in the pose even if it slightly hurts in their lower back. This is common for people to do but isn’t safe for the body. There is no need to push the body to any point. A gentle stretch still receives the same benefits.

For those who are trying the pose out for the first time, attempt to do a sphinx pose first. This will be the basis for a seal pose. If the spine is comfortable in sphinx pose, then slowly begin to move into seal pose by straightening the arms gently. If any pain at all is felt, then lower back down.

The most common variation of seal pose is sphinx pose. This is the pose whereby the forearms remain flat on the ground and the elbows are in line with the shoulders. The pose is still a backbend that stretches into the spine and shoulders, but it’s known to be gentler than seal pose.

A harder variation of seal pose would be bow pose. This is also done low to the ground but instead, the knees are bent, and the hands grab onto the heels. This is a deeper backbend and requires more glute engagement and strength from the core. It can be a difficult position to hold but is a good stretch for the spine.