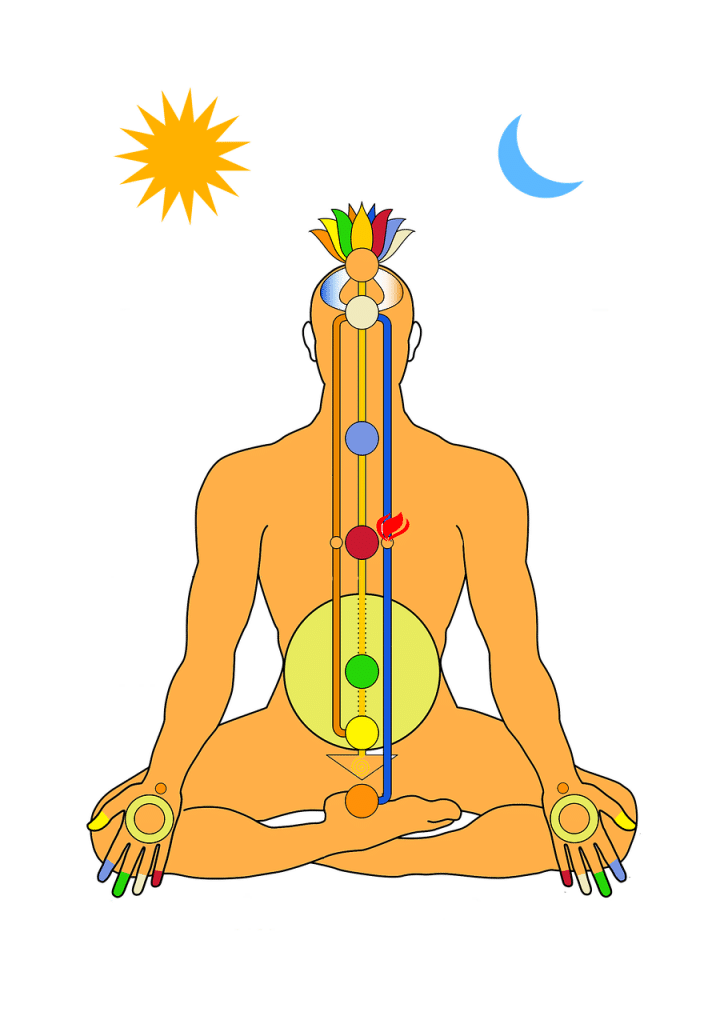 If you’ve been practicing yoga for a while, you may have heard the Sanskrit word ‘Pranayama’ being passed around and wondering what it is. It’s usually mentioned before a breathwork practice because pranayama is the original term used to describe breathwork and the word Prana is used mostly in reference to this.

It can get confusing hearing many Sanskrit words being said in yoga, but they’re mentioned because they play a vital part in the yogi tradition. For instance, the word and concept of prana are important as it dates back as far as 3000 years ago when it was first mentioned in ancient yoga texts. But what exactly is Prana and what does it have to do with yoga?

The definition of Prana

Prana directly translates to life force or breath. In the original story of Prana, which was mentioned in a late Vedic text of Hindu philosophy, it goes to say that Prana is a kind of energy that needs to be controlled. It further states that when one loses control of this energy, they will then lose control of their body and mind too.

This story is trying to convey how Prana is very literally the life force of our bodies and minds, and we cannot live without it. This energy is what binds humans together and makes them what they are. It’s the same energy that all matter is made of, essentially what our universe is made of. Prana can also be broken into smaller parts called Vayus, which means forces of the air.

The types of Pranas

Although Prana is known as a type of energy, there’s more than one. It gets broken into smaller energy parts, which are the five different Vayus. Each has a different movement and direction.

The first is Prana Vayu

This is the forward-moving air. It moves inward and controls movements, like eating and drinking, that come into the body.

The second is Apana Vayu

This is the moving-away air. It controls all movements that go downward and outward, like breathing out carbon dioxide.

The third is Udana Vayu

This is the upward moving air. This controls upward movements within the body and mind, like growth, and is said to be the primary reason for someone’s positive energy.

The fourth is Samana Vayu

This one is known as the balancing air, which helps us to digest things physically and mentally.

The last is known as Vyana Vayu

This one is known as the outward moving air. It controls things that circulate within the body and the mind and can provide strength.

The five Vayus that were mentioned, and Prana are both important parts of an original yoga practice. This is because of what prana embodies- energy. If everything is made of energy, then it’s important to take in the right energies and to regulate what’s coming into and what is already within the body and mind.

Regulating your own prana helps to keep you pure and whole. It can also have a deep spiritual impact in the way that it can help you connect to all other things. When someone is connected and balanced with their own prana, they can easily connect to the energy (prana) of others. This includes not only other humans but also other species.

The natural way to connect to your prana and to balance it out would be engaging in pranayama or Hatha yoga, both of which are ancient yoga practices. Since yoga is all about purifying body and mind, it’s no surprise that regulating your prana is deeply originated in it.

How to work with Prana

There are various ways in which somebody can engage with Prana. The one way of engaging with Prana is through Hatha yoga. By moving through the set sequences of a Hatha practice, Prana can then circulate through the body. The easiest and most accessible way to regulate Prana would be through Pranayama (breath work).

There are so many different Pranayama techniques that are available but the main one to focus on is Nadi Shodhana. This Sanskrit word translates to alternate nostril breathing because that is exactly what you do in the practice. You breathe through one nostril whilst the other is closed, and at the end of the breath, you then close the one you just breathed through to breathe out through the alternate nostril.

You continue breathing like that for some time, in through the one and out the other. This helps to balance out our right and left energy currents, which effectively steadies the Prana. It can be done anywhere and at anytime and should be done continuously to ensure your Prana can remain balanced.

Prana is your own life force energy, which can improve your overall health. When stabilized by using the correct methods, it can create harmony between your body and mind. It can also help you connect deeper to yourself and the world around you. This deeply relates to a yoga lifestyle because one of the most important things about yoga is connecting to yourself, whilst finding harmony between mind and body.

You can also use Prana to gently heal yourself, especially if you are experiencing internal wars going on. When everything feels like it’s going wrong it may be a clear indicator that your life force energy is out of balance and needs more attention. Incorporating control of the Prana is an ancient yogi way of practicing and one that continues to go on in modernday yoga practices to ensure that mind-body balance.

[1]The Shiva Samhita (book). First mention of Prana and where it originates.

[3]Yoga International. The Vedic story of Prana and the five Vayus. https:// yogainternational.com/article/view/understanding-prana

[4]Camden Whole Health. The energy the universe is made of. https:// www.camdenwholehealth.com/prevention/what-exactly-is-prana-qi-chi-life-forceenergy/